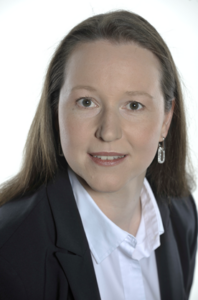 Evelyn Niitväli advises clients on all aspects of German and European antitrust law.

Another focus of Evelyn’s practice is on cartel proceedings and abuse of dominance cases with the German Federal Cartel Office and the European Commission. She assists clients in dawn raids and internal investigations, leniency proceedings, and negotiating settlements with the competition authorities.

Evelyn has extensive experience in a number of industries, including IT and telecommunications, technology, life science, consumer goods, retail, automotive as well as energy and utilities.

Evelyn started her career at Hengeler Mueller in Düsseldorf and Brussels. Prior to founding her own antitrust boutique firm, Evelyn was a co-founding partner of the law firm RCAA and headed the German antitrust practice of Weil, Gotshal & Manges LLP in Frankfurt.

Evelyn is recognised in various directories, including Who’s Who Legal, Chambers Europe, The Legal 500 and JUVE.

Evelyn works in English and German and also speaks Dutch.